Player of the Week nominees 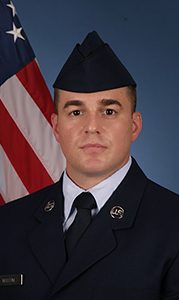 Airmen who complete basic training also earn four credits toward an associate in applied science degree through the Community College of the Air Force.

Marcum is the son of Richard Marcum, brother of Brady Gill, Lorenzo Farris and Maggie Farris, and nephew of Denise and Carl Farris, of Suffolk.

He is a 2006 graduate of Central High School, Central, La. He earned a bachelor’s degree in 2012 from Southeastern Louisiana University, Hammond, La.