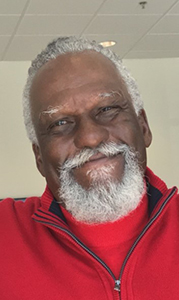 Larry was a graduate of Booker T. Washington High School, Suffolk. He received a bachelor’s degree in music from Norfolk State University. After teaching at Waters Junior High School as band director, he moved to Berkeley, Calif., where he attended University of California, Berkeley and received master’s and Doctor of Philosophy degrees in urban education.

At an early age, Larry joined Metropolitan Baptist Church. During his later years, he became a member of East End Baptist Church, where he enjoyed looking out for the safety of its members.

A memorial service will be held at noon Thursday at the Riddick Family Farm, 815 Highway 37, Gates County, NC 27937. Burial will be at the Lebanon Grove Baptist Church, Carters Road, Gatesville, N.C. You may send condolences to the family at Harris Funeral Home at www.vharrisfuneralhome.com.