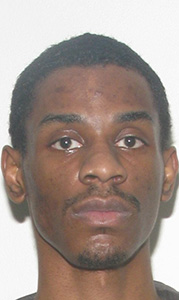 Following direct indictment, Robinson has been charged with first-degree murder; violent felon possess/transport firearm; reckless handling of firearm; discharge firearm in public place; shoot/stab in commission of felony;  use or display firearm in commission of felony; and malicious shooting into an occupied building. He is also wanted on multiple felony charges related to two separate shooting incidents that occurred in July and August 2020.

Police first said on Feb. 7 that Robinson was a person of interest in the death of Price, according to a city press release. The shooting occurred just after midnight on Feb. 6 in the 600 block of East Washington Street.

If seen, do not approach, and immediately contact Suffolk Police, call 911, or call Suffolk Crime Line, as he is believed to be armed and dangerous. To submit online, go to www.p3tips.com, visit the Suffolk Police Department website (www.suffolkva.us/spd) and look for the Suffolk Crime Line link, or go to the Suffolk Police Department Facebook page at www.facebook.com/suffolkpolicedepartment. You can also call 888-LOCK-U-UP, 1-888-562-5887, Option 5. Once a person submits a tip, they will be given a TIP ID and password. With this information they can login at p3tips.com and submit follow-up information, engage in two-way dialogue, be informed of the outcome of the tip, and access any pertinent reward information.