City on pace to host mass vaccination clinic next… 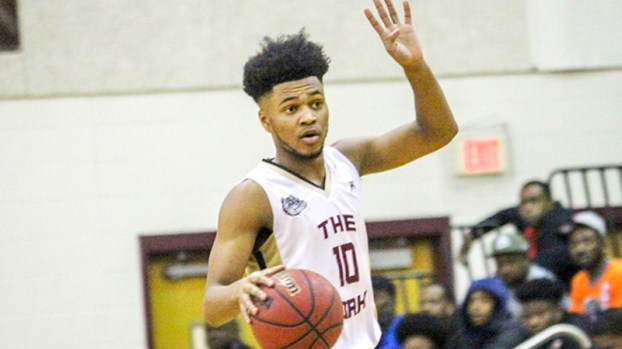 One of the top prep basketball players in the country, King’s Fork High School standout Jayden Epps announced via his personal Twitter page that he has committed to Rhode Island’s Providence College.

The 6-foot-2-inch junior guard, a consensus four-star prospect and rated 66th in 247Sports top 150 recruits and 106 in Rivals.com top 150 recruits in the class of 2022, chose Providence out of his top six schools that also included N.C. State, Arkansas, Virginia Tech, Florida and Texas A&M. Among the other schools that offered Epps included Kansas, DePaul, Georgetown, Xavier, Maryland, Clemson, Virginia Commonwealth and Old Dominion.

Epps was the Virginia Class 4 Player of the Year as a sophomore when he led the Bulldogs to a 24-3 record and a share of the state title, averaging 26 points-per-game. The state championship was canceled due to COVID-19, and King’s Fork was declared co-state champions. The Bulldogs were primed to shoot for the outright title this season, but with the coronavirus pandemic still ongoing, their season was canceled.

On the post announcing his commitment, he said, simply, “Writing my own story. Beating the odds. 120% committed.” A 2 minute, 20-second video accompanies the post — a large portion of it filmed on the King’s Fork basketball court — in which he thanks God, his coaches, family and others for helping him along the way, before revealing at the end of the video, with his family beside him on the court, that he would attend Providence and play for the Friars, who finished 13-13 this past season.

“I want to thank all my high school coaches for helping me develop and believing in me from day one,” Epps said in the video.

He honored his parents, Rhonda and Antwan Epps, who he said sacrificed so much for him to be where he is today.

“I’m grateful for the guidance, love, support and constant prayers that my parents have always given me,” Epps said.

Despite not playing at King’s Fork this past season, Epps has been busy.

At the end of the video, Epps is shown sinking his shot on the King’s Fork court, and with his family alongside him, revealing his choice — all of them adorned in Providence T-shirts, stating:

“Us. We. Together. A family of Friars. Providence College. Go Friars.”