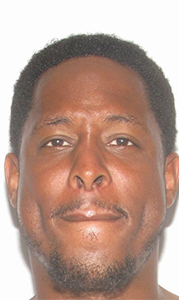 Suffolk Police say they have identified a suspect in two recent bank robberies.

Warrants have been secured against Jayson Alyosha Newkirk, 36, of Suffolk, on multiple charges including two counts of robbery, two counts of use of a firearm in commission of a felony and two counts of abduction, according to a city press release.

The charges relate to robberies at BB&T in the 1500 block of North Main Street on April 30 and at BayPort Credit Union in the 1000 block of University Boulevard on May 4.

Newkirk is further described as a Black male, 6 feet 1 inch tall, and approximately 208 pounds with brown hair and brown eyes.

Newkirk is known to frequent the Newport News area. If you have seen Jayson Alyosha Newkirk, or know his whereabouts, do not approach, as he is considered armed and dangerous. Citizens should call 911 or your local police department to provide information.

The investigations remain ongoing at this time, and additional charges may be filed.