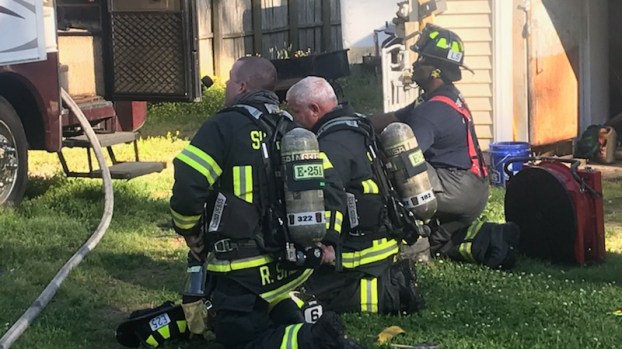 Firefighters take a rest after working on a fire in a motor home on Wednesday afternoon. (City of Suffolk photo)

No one was injured when a motor home caught fire Wednesday afternoon.

The fire in the 1600 block of Upton Place in the Sleepy Lake neighborhood was reported at 5:25 p.m., according to a city press release. The first unit arrived on scene at 5:34 p.m.

The first units found a motor home parked in the backyard of the residence with fire showing. The motor home was parked approximately 20 feet from the residence, and the occupant was attempting to extinguish the fire upon the arrival of firefighters.

There were no injuries.  The fire was called under control at 5:45 p.m., and there was no extension to the residence.