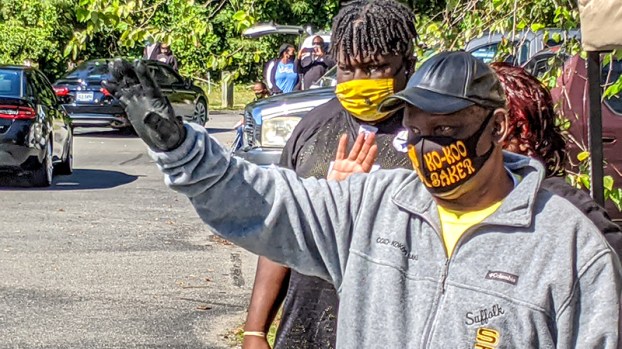 Many children have adults in their lives that are like another parent. For many in Suffolk, that was David Baker.

Baker passed away on May 3 after a fight with pancreatic cancer that began in February 2020. Born in Nansemond County, he was a 1968 graduate of John F. Kennedy High School, a member of Lakeview Missionary Baptist Church, and he retired from Northrop Grumman Shipyard with 32 years of service as a first-class welder. Even though these are notable accomplishments, they are not principally how Baker is remembered.

Baker, also known as Ko-Koo, co-founded the Suffolk Steelers youth football program in 1972 and was involved in it for over 40 years. Being a coach to many players from low-income families, he stepped up as a role model and helped set them up for success for the rest of their lives.

“This is a big loss for the community, for the different programs and organizations and the different lives he helped through the community,” said Donald Hill-Eley, a former player for the Suffolk Steelers and current head football coach for Alabama State University. “We can honor him by getting the next generation to fill that gap.”

To show appreciation, a drive-by parade was held in Baker’s honor during his battle with cancer. Baker and his wife, Jennifer, were at Cypress Pool Park on Oct. 17, 2020, the Saturday before his birthday, as people in cars rode by to honk, wave and give love and gifts to the couple for over 45 minutes. Then-Mayor Linda Johnson, the East Suffolk Federated Civic League and former Councilman Charles Brown recognized Baker for his contributions to the community.

“He will be truly, sorely missed,” said Terrence Warren, a former Suffolk Steeler who went on to play for the Seattle Seahawks, San Francisco 49ers and Jacksonville Jaguars. “He was an influence in many young people’s lives, me being one of them. He was the one who introduced me to football. I still follow the principles he taught me to this day. His impact will definitely be missed.”

Baker led his players by example, teaching young boys how to be men and then showing them exactly how to do so when they got off the field.

“With the kids he coached, if he could save just one, his job was done,” said Ronald Ingram, Baker’s nephew who would help out with the team. “If there were kids who couldn’t pay, it got paid. He was committed to saving every kid he could to give Suffolk a brighter future.”

On May 10, the family gathered to celebrate his life, and he was laid to rest in Holly Lawn Cemetery.

As Suffolk remembers this pillar of the community, a gap now stands for someone to step in and continue what this selfless coach started.