State defers to localities on masking for schools

A 48,400-square-foot grocery store from a chain with no current locations in Hampton Roads could be coming to Suffolk’s Planters Station development off Godwin Boulevard.

Melissa Venable of Land Planning Solutions, representing Planters Station property owner Scott Overton, while declining to identify the grocery store chain, said the new store, and about 8,000 square feet of additional retail, would replace the original plan for 28 single-family homes. She also said the developer would be responsible for installing traffic improvements recommended from the traffic impact assessment.

“I wish I could say (what the store is),” Venable said. “And if you put your thinking cap on, you might get there. But I am absolutely thrilled to be able to say it’s a high-end retailer, and this will be the first site in Hampton Roads, and I think we’ll all be very excited.”

Venable said the chain looking to come to Suffolk is hesitant to reveal itself ahead of any vote from City Council that would deny the rezoning.

“The particular user is very protective that, if we went to City Council and they were turned down,” Venable said, “they don’t want their name to be associated with that, but I will say … I’ve never seen a retailer so concerned about every single detail, not just that the turning moves worked, but that the turning moves for the truck traffic and vehicular traffic weren’t going to have any conflict at all and they weren’t going to run up on curbs. The detail on the building – we don’t want to look at asphalt shingles on a little bit of the roof. They wanted to see a standing seam (metal roof) or something even better.”

High-end grocery store chains that have built stores in a similar size to the proposed Planters Station store include Whole Foods and Publix. Whole Foods has locations in Virginia Beach and Newport News in Hampton Roads. Publix, which has expanded its presence in Virginia in recent years, has a store in Williamsburg, converting a former Martin’s Food Market grocery that opened in 2018, and another in the Outer Banks in North Carolina.

In the staff analysis of the proposed rezoning, it states that Overton, the applicant, believes a new grocery store and associated retail “would be a valuable asset to the surrounding community, as the only current grocery store north of the U.S. Route 58 Bypass is a nearby Food Lion. Grocery store chains already in Suffolk include Aldi, Lidl, Food Lion, Harris Teeter and Kroger, and Walmart on North Main Street also sells groceries. Others such as Wegmans, Lidl, Trader Joe’s, The Fresh Market and Whole Foods are in South Hampton Roads.”

The market research for the proposed grocery store showed that “the proximity to major road systems enables the development to draw customers from far beyond its primary trade area, including Smithfield.”

The proposed grocery store would be walkable from homes in Planters Station, and near the King’s Fork Village and King’s Fork Farms subdivisions.

As part of the plans, the Planters Station developers plan to leave a property that had been intended for a single-family home at the intersection of Station Drive and Tassell Crescent to leave it as landscaped open space, since it will be across from one of the proposed grocery store site entrances.

Planning staff has also noted approval of several residential projects north of the Route 58 Bypass, including 255 apartments at The Gallery at Godwin, 230 apartments for the Port 58 Apartments at Hillpoint and 42 single-family homes in the King’s Fork Village subdivision.

On the east side of Godwin Boulevard, City Council approved rezoning in December 2020 of property that could see up to 700 residential units between Medical Parkway and Corporate Lane.

“The requested rezoning is expected to aid in creating an appropriate balance of residential and non-residential uses,” the staff report states.

It also notes that the proposed store may help reduce congestion south on Godwin Boulevard by allowing residents to access services closer to where they live.

The rezoning request is expected to go to City Council at its Aug. 18 meeting. 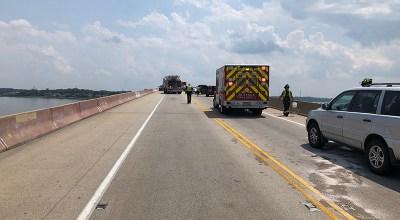 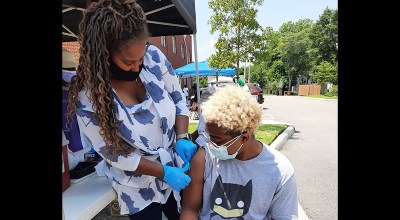 Suffolk prepares for National Night Out