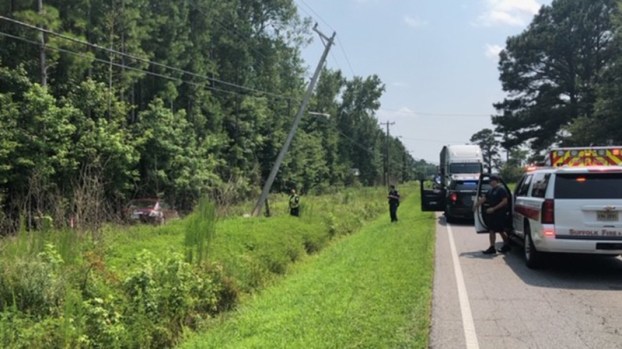 The crash occurred at 2:35 p.m., according to a city press release. A passenger vehicle that left the roadway and struck a power pole, bringing power lines down across the roadway. Dominion Energy also responded.

The driver received emergency medical assessment and treatment by Suffolk Fire & Rescue personnel and was taken by ground ambulance to a local hospital for further treatment.

The closure with resulting detours was anticipated to take several hours.

According to Dominion Energy at about 4 p.m. Thursday, about 193 customers were without power in the area. The utility’s online outage map stated power should was expected to be restored between 8 and 11 p.m.

The cause of the accident is ongoing at this time.